Institution saved to your shortlist.
Advertisement

AUBG Celebrates Its Class of 2016 at the 22nd Commencement Ceremony 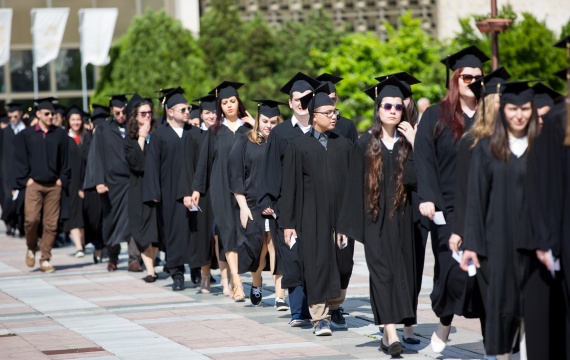 May 25, 2016 - U.S. Ambassador to Bulgaria Eric Seth Rubin and the country’s Minister of Foreign Affairs Daniel Mitov wished the best of luck to the AUBG class of 2016. A total of 224 bachelors from 20 countries and 20 EMBA candidates received their diplomas at the Twenty-Second Commencement Ceremony in Blagoevgrad on May 22, 2016.

Among the speakers at the ceremony were the chair of the Board of Trustees of AUBG Ivan Manev, the university president Stratsi Kulinski as well as Bulgarian student Mariya Boteva, this year’s senior speaker.

“Receiving an academic degree is a major milestone in a person’s lifetime. The ceremony today marks two additional landmarks in the lifetime of AUBG itself – our twenty-second class of bachelor graduates and our thirteenth EMBA class,” President Kulinski said in his speech. 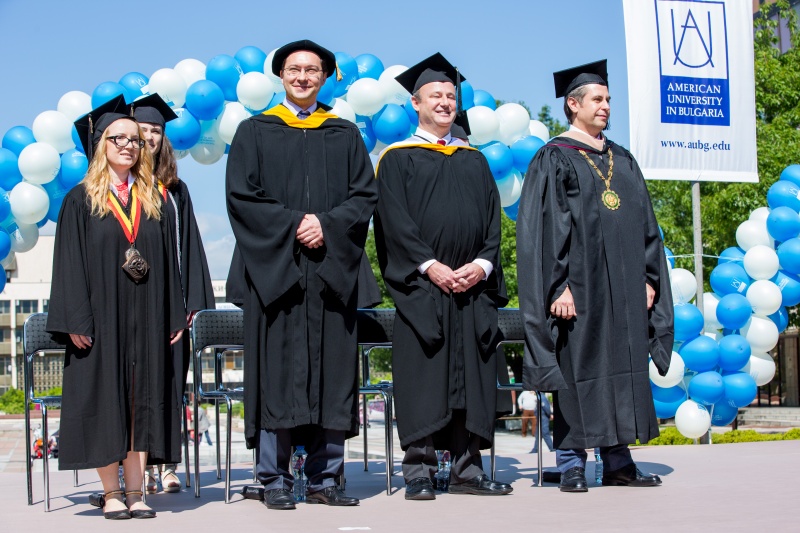 “We in the United States government are proud of the investments we made to help get AUBG off the ground, and we are even prouder of the graduates who have taken the skills that they learned here and used them to build their careers while helping their communities and their countries,” said Ambassador Rubin, who was this year’s keynote speaker.

“Individuality is beneficial not only for competition in the economic domain but also for the development of the personality in its deep spiritual dimension. This is why I admire the efforts invested by AUBG to incorporate this concept in education. This approach is complemented by the liberal arts system in education, which enriches the university’s methodology. And I saw it for myself that here the high-quality education is coupled as well with good facilities,” remarked Minister Mitov in his address to the graduates.

“[The EMBA Program] was one of the greatest experiences in my life – because of the great friends that we met there, because of the broadening of our vision that we had during that 16 months (…) the things that we learned there, all the professors that we met who managed to broaden our horizons in a way that I have expected but even surpassed my expectations,” said Alexandrova. 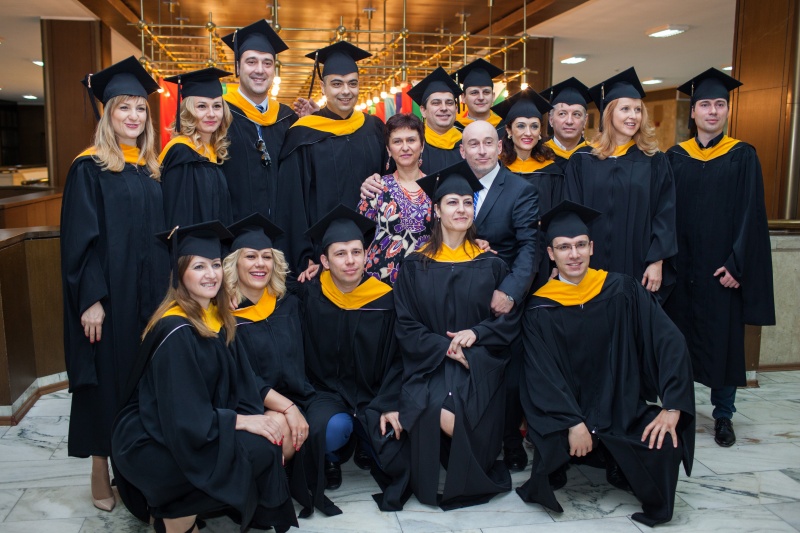 The Commencement Ceremony is the culmination of the Commencement Weekend, during which a number of thematic events take place. It is also an emotional time when the AUBG community comes together to celebrate its achievements.

Marietta Staneva, former AUBG professor from the early years of the university, who regularly visits AUBG for Commencement, said “It is wonderful, it’s growing and we have been following the growth. (…) So this growth is not alien to me but it is miraculous as if I have skipped light ages. And all of a sudden I see this place blooming.”

Commencement 2016 marked another academic step forward for AUBG. For the first time in the university’s history a student graduated with a self-designed major. Zora Gouhary, the first student to complete a self-designed major in cross-cultural and political communications, said the experience was very interesting and she was glad she did it. “Everything that happened at AUBG, everything I relate to AUBG is connected to the people I met – to the RAs, to [AUBG] Daily, to all the friends that I made,” she added. During her time at AUBG, Gouhary also served as an RA and AUBG Daily President. 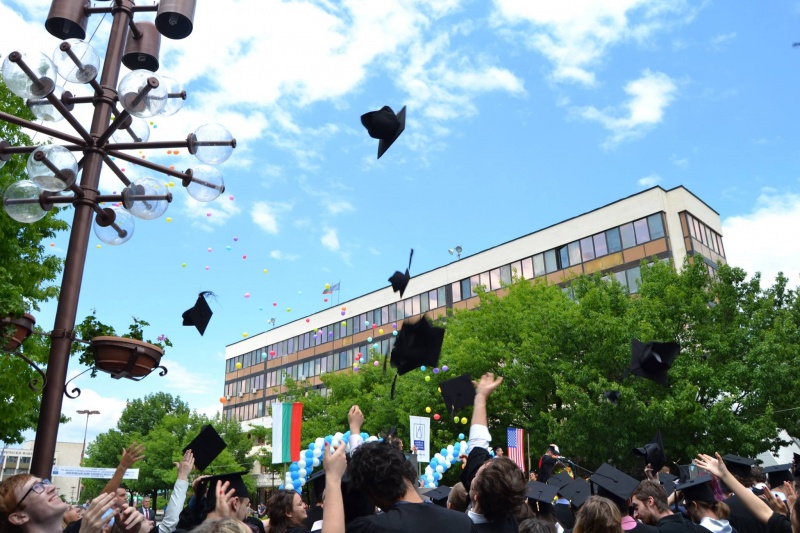 Sixty-nine per cent of the AUBG Students graduate with two majors – an opportunity that the liberal arts education system gives them. Business Administration is the most popular among them, followed by Economics, Political Science, Journalism and Mass Communication and Information Systems.

Fifty per cent of the AUBG bachelors that climbed the stage this year are Bulgarian, while the rest come from countries such as the U.S., Moldova, Russia, Serbia, Kazakhstan and Ukraine.